Haaga to head NIA Division of Behavioural and Social Research 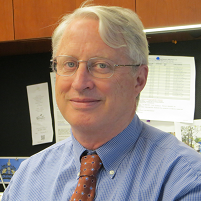 The National Institute on Aging (NIA), part of the National Institutes of Health, today announced that John G. Haaga, Ph.D., an expert in demography and public policy, has been named director of the institute’s Division of Behavioral and Social Research.

John is exceptionally qualified to lead this important division at a time of great scientific opportunities,” said NIA Director Richard J. Hodes, M.D. “His scientific background in demographics and social science is well known. Further, John’s experience in management, as well as his background as a program officer, policy analyst, teacher, and author gives him a breadth of experience that will serve the division and the Institute well.

The Division of Behavioral and Social Research supports social, behavioral, and economic research and research training on the processes of aging at the individual and societal level. The division fosters cross-disciplinary research, from genetics to cross-national comparative research, supporting investigations along the spectrum from basic through translational research.

I’m excited to have this opportunity to lead a division that fosters research and research training on some of the most important issues affecting the health of aging populations,” said Haaga. “These issues include health disparities at older ages; understanding dementia trends, prevention and care; and moving from understanding life course factors in disease and disability to new behavioral and community interventions.

Haaga served as acting director of the division since April 2015, following the death of the previous director, Richard Suzman, Ph.D. Haaga previously served as deputy director for the division.

Before joining NIA in 2004, Haaga served as director of the Domestic Programs Department and director of the Center for Public Information on Population Research at the Population Reference Bureau. He led programs communicating research results on population issues, including changes in the American family, migration to and within the United States, and the aging of the American population. He also worked as director of the Committee on Population at the National Research Council of the National Academy of Sciences where he directed studies on issues related to population growth and change in the U.S. and developing countries. He has served as President of the Association of Population Centers and on the Board of Directors of the Population Association of America.

Haaga holds a Ph.D. in public policy from the RAND Graduate School in Santa Monica, California. He has a master’s degree in international relations from Johns Hopkins University and earned his undergraduate degree in modern history from Oxford University in England. He is the author and editor of numerous journal articles, review essays, book chapters, reports, and book reviews.